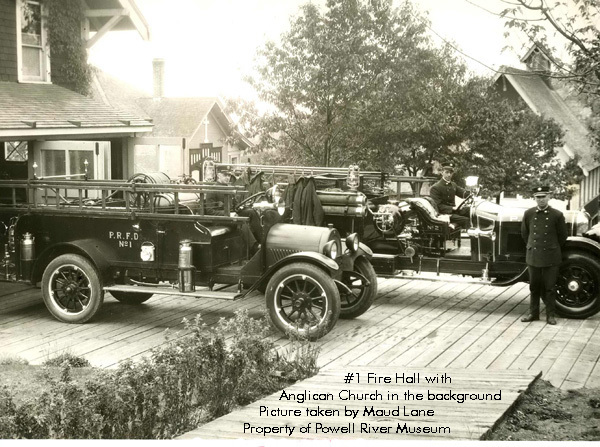 The history of the Anglican Church in Powell River is almost as old as the original Powell River Company. Many Christians shared space for worship in the very early days. Services were conducted in various locations, including an area under No1 and No 2 paper machines and Michigan Beach, now Willingdon Beach. In 1920 Anglicans were permitted to use the kindergarten room in what then was the library building. That building was to be immediate right of our building today. The teacher’s desk was turned back to front, covered with a white damask tablecloth, which substituted for a reredos. Mr T Morrison conducted the first Anglican services in Powell River in 1911. Services were conducted by missionaries who traveled from Vancouver. In 1921 Rev P Wade was appointed first Parish Priest of St Paul’s Parish.

A succession of clergy presided over the continuing growth of St Paul’s until 1951 when plans were drawn up to build a new church on land occupied by the old fire hall. In 1955 the present church was dedicated.

By 1930, services were also being held in Westview. Land was acquired in 1932 and the Parish of St David was formed. In 1957 St David’s Church was dedicated.

During the 1970’s church attendance began to decline. As a result in 1980 the two parishes merged to form one, known today as the Parish of St David and St Paul.